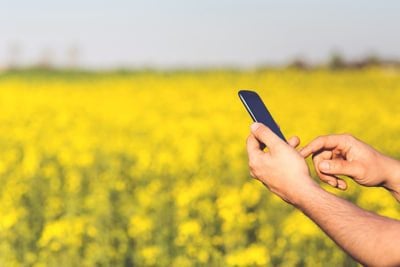 For we are God’s handiwork, created in Christ Jesus to do good works, which God prepared in advance for us to do. – EPHESIANS 2:10

I couldn’t help but laugh when I saw this picture. I grabbed it from the Reuters website under an article heading: “Selfie madness: too many dying to get the picture.”

The article continues:
“The selfie has also inspired a spate of risk taking and offensive public behavior, pushing the boundaries of safety and decorum, whether by dangling from a skyscraper or posing with live explosives. Several governments and regulatory bodies have now begun treating the selfie as a serious threat to public safety….”

Everyone loves the idea of positioning themselves in front of a spectacular background. We’re so vapid by ourselves — our faces aren’t enough. Shouldn’t there be something dangerous or foolish to make our photos “pop?” Shouldn’t there be something to make us, pop? Consider this tidbit from the Reuters article: “In Yellowstone National Park exasperated officials issued warnings after five separate selfie-takers were gored this summer while standing too near bison.” How humiliating is that story for the teller? Imagine trying to explain to everyone who asks about the injury you got on vacation whilst photobombing herd animals?

Two things jump out at me. First, this is funny. I mean, it’s tragic. But… Who would ever put themselves in mortal danger to get a little extra attention? Wild animals are wild. They’re dangerous. Everyone knows that. Look at this guy!
(Me, in Africa 2013). Secondly, this might not simply tell a tale of vanity and self-entitlement. At the surface, it certainly feels like the epitome of self-aggrandizing behavior now expected from our world. But, this points to something else within our globally interconnected cyber-culture. All of this selfie-hysteria could indicate a deeper more serious belief about us: a pervasive belief that we’re just not enough on our own. People risking their lives for a picture has a subtext. It’s about them wondering if there were no background, no inherent danger, or wildness, would the picture matter at all?

I guess, it’s what we all wonder in our darkest and stillest moments. We all ask,“If there were no impressive backdrop to my life, would I be enough?”  The Bible says, unequivocally, “yes.” You and I, we are God’s “handiwork” his “masterpiece,” or more tellingly his poema (Greek for “creative work”). Jesus’ ministry had this notion firmly planted in the core of his message and his miracles. People are the work of a majestic God, born with the dignity of bearing his image. Jesus would move toward people mired in the fringes of society, longing for meaning and significance. His work was to restore what had been lost — to remind people that they are, indeed, the Father’s masterpiece.

So, while the selfie and its virtually unassailable selfie stick are unlikely to vanish from our world anytime soon, at least we can do our best to remind our congregations that we — without any additional adornment, achievement, or accolades — are enough … enough to be loved and cherished.

Jeff is the Lead Pastor at Mariners Church Mission Viejo in Southern California. He and his wife Amanda have been married for 16 years. Together, they have three kids and a fearsome Labradoodle named Kirby.

A Heart Moved With Compassion