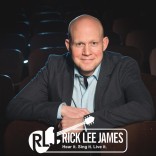 A few years ago with the blurry eyes of early morning I sat down in front of my television—a bowl of cereal in my hand. Now let’s start off by saying, I am not the world’s biggest Billy Joel fan. I mean, sure, who doesn’t like a little “Just the Way You Are” or “Uptown Girl” on occasion, but I certainly would not consider myself an expert on the man or his music. However, as I was surfing the channels that early morning, one that had Billy Joel sitting at a piano being interviewed by James Lipton (the real one, not Will Ferrell) caught my eye. Lipton asked Joel about his songwriting practices. Did he have a routine? Did certain songs just come to him? Did he write the music first or the lyrics first? Billy Joel’s reply was transformative for me.

The Piano Man said that every day when he wakes up he goes down to his studio and for one hour sits at his piano. He begins the hour by playing scales, familiar tunes, or anything that pops into his head really. Sometimes the hour at the piano seems for him like six hours as inspiration just will not come, and it’s all he can do to make himself sit there rehashing old ideas. At other times, however, something will happen while he waits. Inspiration hits, and musical ideas that he didn’t even know were there begin to pour forth. Some days that early hour of drudgery will turn into three or four hours of the most amazing musical delight, and the hours will pass like minutes.

Now this is what he said that changed me. He said, “If I hadn’t been there I would have missed it.”

Those words grabbed my heart and it was as if a gentle inaudible voice spoke to me and said, “That’s prayer.” How many times have I missed the good and delightful gifts of a gracious God because I didn’t show up? How many times have I missed it because I wasn’t there? There are days that prayer, waiting on God, seems like such a worn out drudgery. It is hard work to wait. It’s difficult to sit in silence and do nothing except listen. However, I believe most of us are indeed missing it daily because we aren’t there. I include myself in this category. In my own life, at times, I feel the staleness tiptoeing back in. I feel it in my church. I feel it in my friends. I feel it in me.

Bilbo Baggin’s says it best in J. R. R. Tolkien’s classic, The Fellowship of the Ring:

I know I don’t look it, but I’m beginning to feel it in my heart. I feel … thin. Sort of stretched, like … butter scraped over too much bread.

If you are like me, then it’s time to show up again. It’s time to call the staleness what it is and begin the hard task of waiting in the presence of one higher than us. What Billy Joel said about songwriting is also true of the narrow path of prayer, “If I hadn’t been there I would have missed it.” Someday I’d like to thank Billy Joel—faithful Atheist that he claims to be—for teaching me how to find God. I’d like to thank him for challenging me with this question: “Are you going to be there or are you going to miss it?” 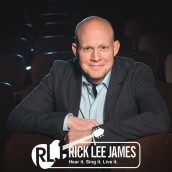 Rick Lee James is an ordained minister, touring singer, songwriter, speaker, and part-time worship leader at First Church of the Nazarene in Springfield, Ohio, where he resides with his wife Jennifer. Rick also hosts a weekly Podcast, “Voices In My Head,” which can be found at RickLeeJames.com.