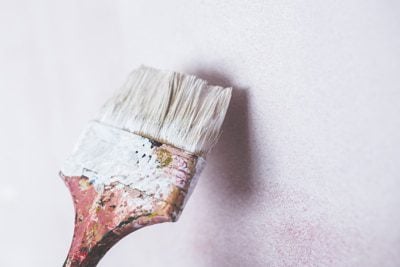 As a worship leader, I find myself walking a ‘tightrope’, attempting to find a balance between pursuing excellence without obsessing about the small things and driving my worship team nuts. Admittedly, when I err, I probably err more towards the perfectionist side. Maybe this is why I’ve recently heard musicians on my worship team make the “we aren’t professionals” excuse. However, I can’t help but wonder if often such an excuse is bandied about because we mistakenly magnify the little things.

You see, I often find that the difference between giving our best to God as worship musicians, and slacking our offering as Cain did, is not found in the big things but rather in the small. Sure, if a worship leader is asking a worship team full of volunteers and amateurs to play with the virtuosity of Lincoln Brewster, sing with the descants of an American Idol finalist, exhibit the dedication of a classical pianist, or unravel the complexity of Coltrane’s ‘Giant Steps’, then I can understand such objections. But I almost always find that the lines between excellence and excelling at mediocrity are based upon simply paying attention to the small details.

After all, worship music is relatively easy compared to many other styles of music. The fundamentals are things like, knowing the difference between a C major chord and a D minor chord, being able to tune an instrument, reading a chart, being relatively tight and knowing a fairly small vocabulary of rhythmic grooves. These are things that we filter for when auditioning worship team members. They are relatively simple things to understand but can take years to develop for beginners.

For example, we had an intro that consisted of repeating a chord progression twice before the band kicked up the dynamics into a second chord progression also in pairs. Instead, the drummer boosted the dynamics prematurely. Just knowing this small thing, “most everything in music is in even numbers, usually 2’s and 4’s”, is a simple factoid that could have made a significant difference.

Playing guitar in this band, when I sensed the uncertainty, I began looking at the worship leader and rhythm section so that we could read each other’s body language to figure out when the change of chord progression and dynamic change was going to take place but no one was looking at each other. Just the simple idea of learning to look at each other, especially in the midst of musical uncertainties, could be a game changer for any worship band.

Did this hinder corporate worship? No. It just limited the potential impact of the worship team. But in another song, a bass player came in to the chords for the instrumental section about 2 bars too late and almost caused a train wreck if I hadn’t been paying close attention and ‘reading the band’.

Sometimes I wonder if we drop the ball with the details because they can overwhelm us in the same way that Chinese water torture does so with a constant bombardment of small water droplets. Details can be like that. And we certainly have to pick our anthills to climb.

So here is a small list of details (not meant to be comprehensive). Each of these is simple to understand, easily missed but can make the biggest difference. These are the things that separate the ‘professionals’ from the ‘amateurs’:

So lest we succumb to the temptation of making the excuse that we are not professionals (and some of you ARE pros), maybe we should first ask ourselves if we are really making ‘mountains out of molehills’. In doing so, we may discover that being asked to play like a professional isn’t such a big deal. After all, that the difference between the pros & the amateurs is paying attention to the small stuff. Didn’t Jesus teach us that the last shall be first, if you want to lead you must serve, if you want to be exalted you humble yourself? How would the Kingdom of God within us, explode if we focused on the small, whether it is in our music or in the larger borders of our lives?

Read Should Church Musicians Be Paid? by Joshua Weiss.