Home › Blog › Leadership › Worship Leader › The musical schema of CCS: what on earth are we singing? 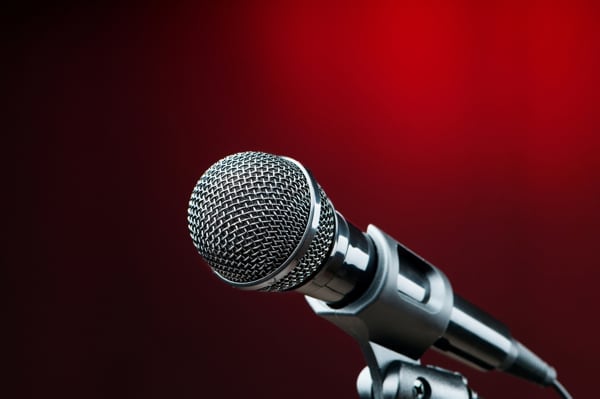 [dropcap]T[/dropcap]he lyrics are profound, theologically rich, and personally moving… but if the music’s unpalatable, and nobody wants to sing/play it, what good is the song?  When it comes to contemporary congregational songs, three responses are common to this sort of statement.  The first, are those who decry the insipid and banal music of CCS, and popular music generally.  They argue that at best, it’s music at its most common and uninteresting, appealing only to the unrefined masses.  At worst they point to some profane or even demonic origin of such music and argue that it’s corrupting Christian worship!

On the other side of the fence, there are those who agree wholeheartedly with the statement.  Jesus used common analogies to communicate truth in ways people (who were open to it) could easily grasp, why would we not use the musical vernacular of our culture to communicate truth?  In fact, if we barricade ourselves behind ‘proper’ (however we define it) music for worship, aren’t we simply perpetuating the old practice of keeping the Word of God in the hands (musical language) of the elite?

Finally, there are those who want to sit on the fence, perhaps arguing that yes, CCS music is often un-innovative, aimed at quick mass consumption, but it’s not a bad thing, we should just be careful with its associations and with its wholesale adoption into corporate worship.  They might argue that we are educators of our congregations, ideally helping them to appreciate music of beauty and excellence worthy of God-worship.

Do you resonate with one of these positions?  All or none of them?  I say, let’s dismantle the fence.  Let’s have this conversation around a warm campfire; not on sides, but in community!  We are so profoundly attached to our musical preferences that often we can’t even see that we’ve taken up our defensive/offensive position and are ready for anyone who dares utter an alternative one!  The very best thing we can all do before proceeding is to admit we have deeply ingrained musical prejudices.  Come on… say it… “I have deeply ingrained musical prejudices!”  Now, don’t you feel better?  OK, so onto the musical content of CCS.

Most CCS are musically furnished with electric guitars, acoustic guitars, keyboards, bass, drums, and lead vocals/backing vocals.  Of course there are variations on this, and it’s often one of the few areas that individual artists/CCS producers/local churches can stamp with their own flavour; enter the string quartet, or the electronics, or the banjo.  All one can say about this use of instrumentation is that it is culturally consistent with more broadly produced popular music (albeit on the conservative side).  But don’t be too quick to cry uninventive imitation!  It’s not hard to combine instrumental forces that are unique (3 kazoos, a djembe, a tuba, and vocoder), but how does that help Christians worship?

Most CCS are in white-note major keys (commonly G, D, and B).  All CCS analysed contained chords I, IV, and V.  The majority of songs (19/25) also contained chord iv, and 13/25 contained chord ii.  16/25 songs used no more than four discrete chords.  As a classically trained musician and composer I love complex harmony… but for CCS, clearly these are the chords average musicians can play and average congregations can sing to.  Will that change over time?  Probably.  CCS of the 1970s often only had three chords I, IV, and V.  But that’s not a huge change, is it.

Ten songs finish on the tonic chord (I), but eight finish on the sub-dominant (IV) and five on the dominant (V).  That means most songs don’t end with a harmonic sense of finality, opening the way for section repetition, transitions to the next song, or spaces that might facilitate spontaneous/free worship.  21/25, the great majority, are in 4/4 time.  Boring? Sure, but functional.  Have you tried singing in 7/8?!?

Prayer in the Hard Rain

The lowest note of any representative CCS is Ab below middle C (Beneath The Waters – I Will Rise) and the highest note is two octaves above that (Jesus At The Center)!  Of course many churches alter the keys to accommodate the more conservative vocal range of local congregations; although 11/25 songs have a melodic range of a major 9th or greater, making them hard to transpose and remain singable.  Individual song sections (Verse, Chorus, Bridge) never have a melodic range larger than an octave (Beneath the Waters being the only exception) and it’s often quite a bit smaller, around a perfect 5th.  Moreover, as song sections progress (Verse to Chorus to Bridge) they often each have a higher “pitch center of gravity”; also matched by progressively louder, denser musical accompaniment.  Basically, popular CCS are designed to musically build.

In summary, if you don’t resonate musically with CCS, it’s simply revealing it doesn’t fit your musical schema (preferences).  That schema has been shaped over your adolescence, through significant moments of your life, through parental and familial influence, through peer associations, and through education and experience.  It’s absurd to think there must be some musical style that everyone will (or should) resonate with for worship, there’s not.  There never will be (until heaven)!  Which makes the church all the more exceptional… that people of diverse cultures, backgrounds, education, and experience choose to come together and worship God in spite of their deeply held musical preferences.

Matching Your Songs to the Word