[dropcap]W[/dropcap]e’ve all experienced it before…. One person complains, “IT IS TOO LOUD!”  It’s not that we are insensitive to this complaint. It’s not that we’ve dug our heels in with the attitude that if it’s too loud, you’re too old.  The problem is that this complaint is only coming from one person, and it is usually the same person….

My suspicion with such a person is that they’ve made themselves too big. They’ve eclipsed everyone else out of their world. They are so big that their world is too small…. In other words, they assume their experiences equal reality…. the ultimate definition of narcissism.

I therefore have a very simple refutation to this person. When I hear a person like this complain that it is too loud, I retort simply with, “It sounds fine to me”.

My retort isn’t an attempt to offer an answer. It is really a question.  I’m really trying to get the complainer to think outside of themselves…. to exercise discernment.

And maybe it would be better if it did go this direction. The point is to get the complainer to try to resolve the difference by looking for an OBJECTIVE reference point (like a dB meter) to support or refute their complaint. Without such reference points, we are left with a “he said, she said” impasse. Does Christ not call us to be reconcilers (2 Cor 5:18)?

Don’t get me wrong, sometimes the music is too loud, but if you’re going to give feedback, positive or negative, at least demonstrate that your perspective has been humbly thought through. After all, it is not WHAT we believe but WHY we believe it that ultimately counts. 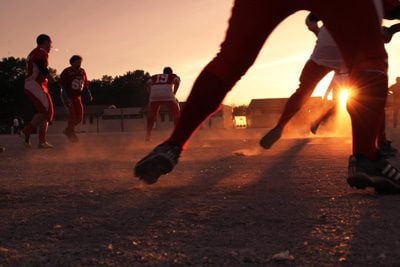 Is Your Crowd Loud or Proud?