The Continuing Mission of God’s Word in Song

“And the church of Christ was born

The Spirit lit the flame

This Gospel Truth of old

From “King of Kings,”

Translation. Without it, there would be no Church. That might sound dramatic, but it’s quite true. The esteemed Yale scholar Dr Lamin Sanneh puts it this way, “The original language of Christianity is translation.” By this, he means that Christianity is faith in motion.

The community centred on the Bible has expanded over the last two thousand years across various lands and cultures, incorporating these places into the story as it traveled. From the Christians gathered in the Judean Upper Room, this message spread to Europe and North Africa and on to every continent of the world. It’s an incredible miracle. In fact, the church has been so successful in globalizing that we Christians are a part of something utterly breath-taking. It is unlike any other organization across the world. Although there may be talented individuals and leaders, there’s no one human who can take the credit. Only God’s Spirit could have ignited the global Church, just as the song “King of Kings” sings.

In the beginning, Christian expansion was not linked to colonialism (where one nation or group seeks to expand their authority or power over another). In fact, it is best described as the resistance of those oppressed by the Roman Empire. But, amazingly, the faith embraced slave owners, and Roman leaders. Those of humble backgrounds served to witness to Christ’s great love.

Similarly, today a fast growing movement is occurring—from the margins back into the centre. The demographic heartlands of the Christian faith are now Africa and South America. Nations with the highest percentage of Christianity are in Asia or Oceania. Today, the average missionary is a person of colour, often without the wealth of the West. But what they lack in resources, they make up for in sheer grit and anointing.

Sanneh highlights Christian translation as particularly extraordinary, because of its capacity to move into the vernacular. In other words, it moves in the everyday language of the people. This message adapted into the folk languages of many diverse cultures.

The Fragrance of Communication

But translation is a cross-cultural act. It requires both a communicator and a receiver. It’s more complicated than simple math, as the meaning of words changes across cultures. This isn’t only seen true for Christianity, of course. In the famous love story of Romeo and Juliet, by William Shakespeare, the lovestruck Juliet learns Romeo’s full name. With it, she finds out that Romeo is the son of her father’s arch-enemy. She famously cries,

What’s in a name?

That which we call a rose

By any other name would smell as sweet

By this, she means, of course, that Romeo is, in essence, the same person, despite this new truth she has found out about him. In response, she decides to forgive a Capulet family rivalry because she loves him so much. For her, the Montague name is only a word.

However, Christians declare the name of Jesus as more than it first appears. In Jesus is all provision, healing, safety, security, and eschatology. The orator S. M. Lockeridge says, “He’s the superlative of everything good that you choose to call Him.” As the global church tells of the power of Jesus Christ it includes many stories waiting to be told, and songs waiting to be written.

All this points out a massive debate in the Christian world which spills over into worship music. Through the years, particular words have been stressed, and considered to be of utmost importance. They have been thought to have universal meaning. For example, I don’t know if you are used to saying John 3:16 the same way I am:

For God so loved the world, that he gave his only begotten Son, that whosoever believeth in him should not perish, but have everlasting life.

Traditional biblical translations are important, and we shouldn’t ignore them; they are important for our Christian community. But songwriters need to remember that whosoever isn’t a common word in English today. Neither is begotten. And neither is perish. In fact, this verse in its traditional language requires a working knowledge of senior high English. Which is okay if you’re educated and know what the words mean. However, its poetic beauty can also be a barrier to understanding.

Missionaries of the previous generations did everything they could to remove the barriers to understanding and make the Bible plain and clear. For example, John Wycliffe translated the Vulgate in 1382 into common English. Also, William Tyndale was executed in 1536—but not before igniting a commitment to a vernacular English translation of the Word. In response, forty-two scholars successfully launched the King James Version of the Bible in 1611, written in “Middle English” with sponsorship of the King. The same version that was so revolutionary for the sixteen hundreds has been re-translated back into common English today in innumerable versions.

As we enter a new decade, there is a tension to be held in reviving both the creativity of the previous generations and their faithfulness to the Word. There is a call to become God’s translators. New languages, new cultures and subcultures are emerging. Many of them have little or no biblical literacy. Yes, even (and especially) in the Western world.

Translation isn’t just about making the complicated simple. Complexity can be conveyed via communication. It’s about making sure the receiver understands what’s being said.

Let’s not ignite old debates over musical structure and syntax (or hymn versus the chorus!), but let’s think again about how to communicate the “Gospel Truth of old” to the people that haven’t yet heard the message. Translation isn’t just about making the complicated simple. Complexity can be conveyed via communication. It’s about making sure the receiver understands what’s being said. There have never been more resources than what we have at our fingertips right now in our smartphone to do it, either.

Moving Beyond I Do to I Am by Kent Morris

Creative Connections: Leading the crowd to intimacy with God by Rick Muchow 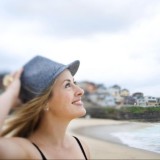