I wouldn’t really categorize myself as a big fan of American Idol in general, but I will admit that from time to time I’ve found myself tuning in over the years to catch a glimpse of this cultural phenomenon. However, this being the final season of the show, my wife and I found ourselves turning it on recently, hoping to experience some of the nostalgia that would likely be played up throughout season 15.

As we were watching, it struck me that many of the contestants auditioning for the judges were very young children when the show premiered back in 2002, in some cases barely talking, much less singing. Now they have grown into aspiring young stars trying to earn the esteemed crown of having the “best voice” in America. This may seem like an insignificant observation, but I believe that it may say something profound about our culture and especially about the next generation of musicians, many of which are, or will be, in the church leading worship.

More than anything else, I believe that American Idol has contributed to a musical shift in our culture from a long-established paradigm of ensemble-oriented music to the celebration of the single voice.

Now, I by no means mean to imply that we as a culture have not celebrated soloists or artists for generations or that American Idol invented that concept. You don’t need to be a music history scholar to know that gifted individuals have been celebrated since days long before we had written forms of music.

What I find different about the “American Idol Effect,” though is that now, rather than having accomplished vocalists who likely got their start singing in choirs or group ensembles in church or in school, we have a new generation that has an image instilled from a very young age that places a strong emphasis on individualism.

While I don’t find anything inherently wrong with the concept of these types of shows or the competition they create, I do wonder a lot about the effect they have had, not only on the culture as a whole, but especially on the Church. Think about your own experiences growing up in church. Did you begin your path to becoming a worship leader at a young age with a microphone in front of a room of people singing a solo or were you, like me, introduced to the world of worship leading first as a member of a children’s choir? Then, maybe a few years later as part of a youth worship team or playing guitar for a small Bible study?

I view these experiences as great preparation for leading worship on a stage. Not only do I think this is important from the standpoint of developing musical skills and the confidence to lead a group of people, but in a much greater sense I think it prepares us as leaders to step into leadership roles with humility and a servant’s heart. This is not to say that someone with amazing vocal talent is not also suited to be a great worship leader. In fact, in this season of the show there have been several worship leaders that auditioned and have advanced in the competition!

I do think, though, that vocal or instrumental talents come in a very distant second to attitude and a heart that is oriented toward the Holy Spirit in terms of criteria for determining a good worship leader.

Will the next generation of worship leaders that step onto the stage in the local church have a solid foundation formed, in part, by coming up through the ranks of music ministry as they grow and mature and are mentored? We have yet to see.

I will offer this encouragement, though, to those of us who love to see young leaders growing in grace and faith and move into positions of leadership in the church. If a 60-minute TV show like American Idol can have a noticeable impact on a whole generation of young people, imagine the impact that you as a mentor can have simply by investing your time, love, and attention into someone who wants to serve in ministry. It very well may be the difference between that person struggling in the fight against the flesh or “idolatry” (pun completely intended) and learning what it means to lay his or her life down for the sake of the Cross.

Eric is a worship leader in Southern California. For more information or to connect with him please visit www.worshiptones.org 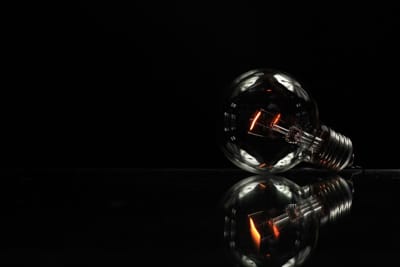