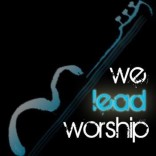 Overview: It isn’t every day that a guitar company from South Korea emerges and captures the attention of notable Christian and Worship artists with its product.  Then again, it’s not every day that a guitar company emerges with a belief in God and the desire to make quality and affordable guitars the basis of their business.  That, however, is the premise of GopherWood Guitars.

GopherWood guitars are currently being played by endorsed artists Darren Mulligan (WeAreMessenger), Brandon Bagby (Mandisa), Travis Greene, Todd Dulaney, Greg Sykes and more on the road and in the studio.  While GopherWood has a variety of models to offer from an entry level to a professional level, the model we have been putting through our own tests is the G800RE series model – the same model being utilized by many of the artists on the road today.

Features: From a material standpoint, the G800RE sports a Roasted Spruce top with Rosewood back and sides while the binding is flamed maple.  The 800RE comes in a dreadnaught, orchestral, and cutaway model. The electronics within the guitar are a proprietary pre-amp combined with piezo and mic pickup.  The preamp allows for a blend between the piezo and the mic as well as volume and tone control.

It’s what is inside the guitar that makes this guitar different, structurally. GopherWood calls it their patented “Soundpillar” technology. It is a small device with changeable tips that connects from the top of the guitar to the back – providing resonance in a unique way.  This concept is utilized in instruments like a violin to carry sound from the back of the instrument wood to the front. With the Soundpillar in the GopherWood guitar, the tips of the pillar can be changed with different materials to provide multiple sounds.  For instance, the body of the pillar in the G800RE is maple and comes stock with maple tips. The tips may, however, be changed with walnut, compressed wood, ebony, or brass to create worlds of new sounds.

Beyond the heart of the sound is the heart of the company.  Noah Jae Youn Kim, builder and designer of GopherWood created the guitar and Soundpillar with much trial and error.  In fact, he was laughed at by many in his home country of South Korea and told he was crazy for pursuing his dream. Working with various woods to create the sounds for his guitar, he reflected on the story of the Biblical Noah building the arc – and settled on the name “GopherWood” for the company.  Founded by a believer in God, each guitar carries reflections of his belief in the Creator. The headstock of the G800RE contains a cross boldly crafted across the peghead. The 12th fret has an inlay of a dove as a reminder of God’s covenant with His people.  The rosette features an olive branch. The bridge is designed to resemble the arc.  The back of the headstock features a beautiful inscription that reads “You are worthy of all the glory.”

Pros: A wide variety of styles ranging from $350 up.  More at www.gopherwoodguitar.com

Cons: As a new Korean company, these guitars aren’t as readily available in US retail stores. Currently shipping from overseas. Still worth it to invest.