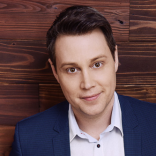 Is It “Worshiping” Or “Worshipping”?

The spelling of this word that, according to Google, has over 30,000 people searching for it monthly is a question that haunts most of us in the worship world. Is it spelled “worshipping” or is it spelled “worshiping”? It’s really a spiritual crisis. Which side of the world do I offend!? In fact, it can literally depend on where you are physically in the world that will determine the “correct” spelling of this word that is core to the Christian faith.

For example, I’m sitting in Nashville, Tennessee, USA, and each time I have typed in the word “worshipping”, my computer has rudely underlined the word in

and is basically shouting at me that, “YOU DON’T KNOW HOW TO SPELL THE WORD WORSHIPING AND YOU WORK FOR WORSHIP LEADER! WHAT’S WRONG WITH YOU!?”. My computer is a MAC, so it has an attitude…and a tattoo and a few awkward piercings.

Basically, it boils down to this; the spelling of ‘worshipping’ with two ‘p’s is considered British English and the spelling of a single ‘p’ is American English. So, both spellings are correct, therefore unity within the Church can return.

So, there you  have it. It’s officially spelled “worshipping”…or “worshiping,” but not “worshippping.” And What About “Worshiped” or “Worshipped”?

Now, there are those who would also debate the spelling of “worshipped” against its step-brother “worshiped”. Of course, anyone talking about worship in the past tense has deconstructed their faith and left the church, so they are no longer relevant to this conversation. Worship is never something we did in the past, but always something we’re doing now and will do forever in heaven (heaven being for those of us who deconstructed and then realized Jesus was super real and came running back to his forgiveness, grace, and love). Look, Revelation 4 says that there’s a choir in heaven singing non-stop, “‘Holy, holy, holy is the Lord God Almighty,’ who was, and is, and is to come.”. So, worship is never in the past tense, y’all. I will now step off of my “worshipped” or “worshiped” soap box, thank you very much.

But, who are we at Worship Leader to decide what the official spelling should really be? Yes, YOU are more important. So we’ve decided to poll you, our audience of dedicated leaders of worship, worshippers, and just random followers of Jesus. This post is our ongoing way of keeping track of what you all think:

Help answer this important question once and for all – – How do you spell it? #worship

Existing Data on How To Spell “Worshiping” (or “Worshipping)

Being the good and proper (or is it “propper”) journalists that we are here at Worship Leader Magazine, we did a little research and found that several other well respected writers have asked this same question and surfaced some great data for us to pull from. Jeannette Spohn, the head editor at Polar Bear Editing, published this article and came away with these data points based on her very large (537 votes, not bad) poll:

My polls typically get a 100 votes– give or take 50. This poll quickly amassed 537 votes. People are passionate about their spellings. I tallied the answers and here are the results:

Another well-respected journalist (okay, we think it’s an AI bot) published a very thorough study with data from different countries all debating this hot topic.

Well, there you have it. The DEFINITIVE article on a widely debated topic surrounding the spelling of an incredibly important word “worshiping” (or “worshipping). We here at Authentic Media and Worship Leader have decided that each time we write out the word “worshipping” (or “worshiping”) in ANY article we will do the most inclusive thing we can think of, so as to not offend half of the world, and will include both spellings (that last part wasn’t true).

I very much thank you for taking the time to read this and I apologize for those of you who haven’t already recognized that this article was meant to simply laugh at ourselves a little. If you are sincerely offended by any of the humor in this piece, please take a moment to pray about it. Then, if you’re still offended (probably by the deconstructing joke as that’s a real thing), go ahead and email editorial at wlmag dot com and someone from our team will call you back and apologize again on my behalf over the phone. It will likely be Lexi as she’s really good at that. Or Stephanie, but she will probably debate you for a while and you’ll end up falling in love with her because she’s so kind and loving and then you’ll feel bad for complaining about this silly article in the first place and I’ll then see you at the next family dinner as the Fromm’s have this magical way of making everyone feel like part of the family.

The Meaning of the Word “Worshiping”

Now, the actual meaning of the word “Worshiping” does warrant a quick study. We’ve recently asked several of our worship leader contributors to define “worship” and here’s what they said: 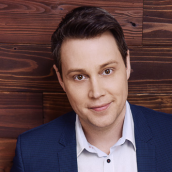