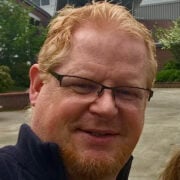 The fresh smell of pine boughs, steaming cider in a warm mug, and a brisk chill in the air; Christmas is fast approaching. The season stirs fond memories of cookies baking in the oven, twinkling lights, and the anticipation of gifts under the tree. The days are short and cold, with the hope of snow on Christmas Eve. And then there’s the music; familiar Christmas carol’s sung with friends and family.

Everyone knows the standards: Silent Night, Angels We have Heard on High, and Hark The Harold Angels Sing, to name just a few. But there are some lesser known Christmas hymns sung over the decades that should not be lost to history. Here are five Christmas hymns to pull from the past into your Christmas service this year.

1. Once in Royal David’s City.

This carol started as a poem by Cecil Frances Alexander published in 1848. Organist Henry Gauntlett set it to music a year later. The lyrics are poignant and vivid, expounding on Christ’s humble beginnings.

Once in royal David’s City stood a lowly cattle shed, where a mother laid her baby in a manger for his bed.

2. In the Bleak Midwinter

In the Bleak Midwinter also started as a poem. Penned by Christina Rossetti and titled Christmas Carol, it was first published in 1872. In 1906, Gustav Holst set her words to music under the title Cranham. The lyrics are visual and emotive, juxtaposing the cold and snow of winter with the hope we have in Christ’s birth.

This hymn is an advent and Christmas carol common to almost all protestant hymnals. Written in 1744 by Charles Wesley, it’s usually set to the well-known hymn tunes of Stuttgart or Hyfrydol. It rings true with Wesley’s constant faith in restoration and forgiveness.

Come thou long expected Jesus, born to set they people free; from our fears and sins release us, let us find our rest in thee.

4. I Heard the Bells on Christmas Day.

Based on the Henry Wadsworth Longfellow poem from 1863, this hymn refers to Christmas bells heard during the American Civil War. In a time of great despair, Longfellow tells how the bells of Christmas testify that, “God is not dead, nor doth He sleep.” And that in the end there will be, “… peace on earth, good will to men.”

I heard the bells on Christmas Day, their old familiar carols play, and wild and sweet, the words repeat, of peace on earth, good-will to men!

John Jacob Niles wrote this haunting folk hymn in 1933. While attending a fundraiser in Appalachian North Carolina, Niles saw a poor young girl, unwashed and in ragged clothes, named Annie Morgan. Annie stood off to the side of the meeting and would sing for a quarter per performance. She sang a fragment of melody that Niles used as the seed for the Christmas hymn.

But high from God’s heaven, a star’s light did fall, and the promise of ages it then did recall.

Steeped in tradition and truth, these hymns fit with more popular Christmas carols. They can bring depth and a touch of tradition to your Christmas this year.

What Is Your Favorite Christmas Carol?