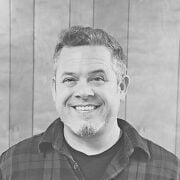 This year, don’t give in to all the temptations. Instead try giving in to the beauty of simplicity as we embrace the season.

It’s tempting to go all out for Christmas Eve with a giant showy event, but it’s just as satisfying to make it a big deal without making a big production.

Consider giving your worship ministry team the gift of time with their families instead of asking them to serve extra this season, which usually involves not only being committed on Christmas Eve but all the rehearsals & prep work ahead of time.

Try operating with a minimal crew and lead simplified song arrangements from just one or two instruments, with just one or two vocals. An acoustic style, scaled down team provides a warm, personal vibe that is endearing to those participating in the service.

It’s tempting to go long on a Christmas Eve service, especially if you’ve spent months as a team working out all the special song arrangements, but showing some love to the families that will be there for this special night by keeping the service shorter rather than longer is a beautiful gift.

There will be family in from out of town, family not seen in ages, family only there for a day or two, and while it is not to be taken for granted that they have chosen to spend time with your church, remember that their time is a precious commodity and generously give it back to them by trimming all the fat out of the service and keeping only the most special elements.

Instead of making them spend two hours with you for the Christmas spectacular extravaganza, let them have as much extra time with their loved ones as a blessing to them by keeping it short and special.

It’s tempting to do all new versions of traditional songs that bear shockingly little resemblance to the original renditions, but please keep in mind that Christmas carols are some of the only Christian songs that guests may have ever heard (aside from Amazing Grace), let alone that they actually know the words to and can sing along with.

They are the only Christian songs they know because they are widely played on radio and in shopping centers and stores for two months of the year. There is a sweetness to the nostalgia associated with these songs that brings reminiscence of holiday movies, family times, and days gone by. Apply that sweet nostalgia to your advantage to be welcoming & inviting with your music selection, including songs they already know even if they are not yet believers!

Seeds have been planted and watered; we have the unique opportunity to bring them to fruition, and such sweet fruit it can be.

What Is Your Favorite Christmas Carol?