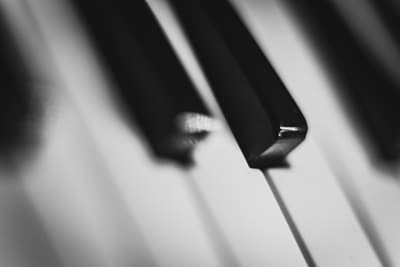 A conversation between Hughes Oliphant Old and Reggie Kidd

Back in 2010 we published an entire issue of Worship Leader magazine focused on songwriting. In it, we took the angle of understanding our songs for worship as psalms, hymns, and spiritual songs. The hope was that a broader and deeper understanding of the genres of music in the Church would help worship leaders write more expansive prayer songs for their communities, as well as enhance their ability to choose songs for services of worship. In the issue we featured an in-depth conversation between two worship theologians and authors: Reggie Kidd and Hughes Oliphant Old. Here is a portion of that conversation on psalms, hymns, and spiritual songs.

Reggie Kidd: When the apostle Paul tells us to worship God by singing “Psalms and hymns and spiritual songs” is he giving us any particular guidance in selecting the songs we sing in worship? Is he giving those of us who compose songs for worship something to aim at?

Hughes Oliphant Old: He is, I think, especially if one hears Paul’s voice in concert with other biblical voices.

As I understand it, the phrase, which appears twice: once in Ephesians (5:19) and once in Colossians (3:16), testified to the variety of early Christian song. What the first Christians used in their ministry of praise ranged from the canonical Psalms to Christian hymns like those we find in Colossians (say, 1:15-20) and Philippians (say, 2:5-11). In Revelation we find Psalms that have been reworked by Christian singers, as well as Christian acclamations such as “Maranatha,” “Hosanna,” or simply “Hallelujah.”

Kidd: Just how literally are we to take the word “Psalm” here? Should Christians still sing the Old Testament Psalms? And if so, how much of them? I once heard a talk in which Gloria Gaither chided “praise and worship” songwriters for plagiarizing David’s punchlines—that is pulling out a catchphrase from a Psalm and giving it a nice musical “hook” without paying attention to the Psalm as a whole, much less the hard life-lesson that usually underlies David’s Psalms.

Old: As I see it, typology is very important to prayer. I agree with your quote from Gloria Gaither, that every Christian needs to get into the texts of 1 and 2 Samuel to learn how to pray. David is the type of the man of prayer just as he is the type of Christ.

And I do think we need to let whole Psalms shape our worship and our spiritual lives. My practice has always been to read one or two Psalms as a responsive reading toward the beginning of the service. We would read 25 to 50 verses of the canonical text, but we would also sing a metrical Psalm or perhaps a Christianized Psalm, such as Isaac Watts’ Christian interpretation of Psalm 72, “Jesus shall reign where’re the sun doth his successive journeys run.”

Kidd: What do you figure the Apostle Paul means by “hymns” in Colossians and Ephesians?

Old: The word Paul uses here is the ordinary Greek word for the hymns that were sung in the pagan Greek temples of the time, as well as those sung in Christian congregations. From a literary standpoint, “hymns” were distinctly different from “Psalms.” The “hymns” Paul quotes in Philippians and Colossians are of this more general type. Christians sang the canonical Psalms. They also had their own Christian Psalms, one of which would be, for instance, the “Song of Mary” (Lk 1:46-55). But they also had Christian hymns as we read in the famous letter of Pliny to Emperor Trajan. According to Pliny, the Christians “sang hymns to Christ as to a god” (Epistle 10.96-97). That is, Christians had their own hymns quite apart from Jewish Psalms and pagan hymns.

Kidd: As you know, some musicologists such as Egon Wellescz suggest that what the Apostle Paul means here by “hymns” is what we usually call “canticles,” that is, songs found in the Scriptures, but not specifically in the book of Psalms, such as the “Song of the Sea” in Exodus 15, the “Song of Solomon,” or, as you just mentioned, the “Song of Mary.”

Old: This is quite possible. One thing is clear, the church has for centuries found these canticles a significant part of its prayer life. Especially beloved have been what are usually called the “Gospel Canticles.” We already talked about the “Song of Mary,” usually called by its Latin name, the “Magnificat” — really, as I said before, a Christian Psalm. But one might mention as well Zechariah’s song at John the Baptist’s birth (Lk 1:67-79), the “Gloria in Excelsis,” which is the song of the Angels announcing Jesus’ birth to the shepherds (Lk 2:14), or the “Nunc Dimitis,” which is the song Simeon sings when 8-day-old Jesus is brought to the Temple (Lk 2:29-32).

Kidd: To return to the admonition of the Apostle Paul that Christians are to sing “Psalms hymns, and spiritual songs” to the Lord, what do you think is meant by “spiritual songs?”

Old: What I think the Apostle intends to get across is that Christians should maintain a very broad, inclusive ministry of praise. The Apostle intends to speak of every kind of Christian music. In other words, “Psalms, hymns, and spiritual songs” cover the waterfront. “Spiritual songs” in the context we find it in the two passages under question is a general term for church music or to use a more contemporary term, “Liturgical Music.”

Kidd: Do you think those people are right who suggest spiritual songs may refer to songs that are more atmospheric, for example, ”Alleluia,” ”Maranatha,” “Jesus is Lord,” “Amen”? Such songs don’t so much cover a lot of content, as provide space for the Lord to press in upon us, with the wonder of who he is and what he has done for us.

Old: Actually I think this may well be the precise meaning of the term the Apostle uses here. I get this from the musicologist Wellescz whom you mentioned earlier. In his famous book Byzantine Hymnology, Wellescz goes into the subject quite fully. According to Wellescz, “Spiritual Songs” refers to “Mellismatic Chant,” characterized by long series of notes on a single syllable. In the book of Revelation we frequently, I think, find mellismatic chant in use. Not being a musician myself I hesitate to insist too dogmatically, but the evidence is certainly impressive. The Holy Spirit does seem to use songs that enable us to linger over a profound biblical truth, as well as songs that recite a long list of biblical verities.

Kidd: It sounds like you are ending up with your standard definition of worship, namely, that worship is the work of the Holy Spirit in the body of Christ to the glory of the Father. Do I read you right?

Old: You got it! As I see it one of the most positive features of the contemporary Christian music movement is its appreciation of the importance of the Holy Spirit in worship.

Kidd: It also sounds like you are sticking by your principle that our worship should be “Reformed according to Scripture,” as the title of your textbook has it.

Old: Again, you got it! I figure that the worship of our church should constantly draw its order and its power from Holy Scripture, for the Word is a Word of Life.

The Christian Song-Writers Most Powerful Tool: The Art and Science of Reading the Bible